I would like you to be aware that the division of football shirts doesn’t end on the few types of tricots that you learned about in the previous article:

Describing all existing types of shirts could take me a big part of my life and surely nobody will have read it. As a collector I come in contact with a really big amount of various types of shirts but there is one type I really want you to get to know, even if you would never encounter it in your life. I am speaking about non-commercial player issue shirts. 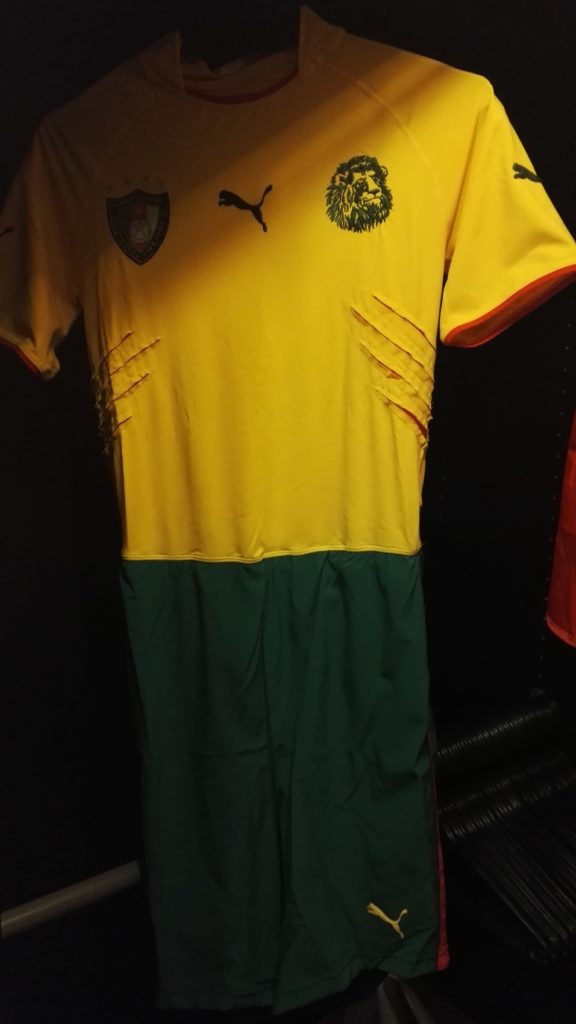 What exactly does the word “non-commercial” mean in case of football shirts and what are the differences between… I wanted to write “commercial”, but at this stage I’ll write – normal player issue shirts?

If you can buy a particular shirt in any shop – it doesn’t matter which kind of shop: stationary, online, manufacturer’s website or any other legal source – then such shirt is a “commercial” one. So, if your favorite team has in its shop a replica and a player issue shirt available, then those are commercial versions. The main reason why they were produced was to earn money on selling them. It’s simple – make a few clicks and some time later such shirt is on your back.

Of course in 99,9% of all cases the term “commercial” is skipped for a few reasons. Captain Obvious checking in – you can buy only those shirts. Is there any reason to use the term “commercial” if you aren’t able to buy any other type? Surely not, because such football shirts don’t exist for you as a customer. When you talk about the Moon, you don’t say “Earth’s” Moon, because it’s obvious you mean the Earth’s Moon. At first glance there is no other moon for an average Earth’s inhabitant, just as there aren’t any other shirts besides the commercial shirts for an average customer. Only when you speak about a different moon, e.g. a Jupiter’s moon, you stress it by adding the word “Jupiter” to show that you have in mind something different than the Moon. The same situation takes place in football shirts’ world. When you talk about commercial versions of football shirts, you skip “commercial”, and only when you have non-commercial version in mind, then you add “non-commercial”. Simple, right?

Captain Obvious here, again – if commercial versions are the shirts that you can buy, non-commercial shirts are the ones you cannot. That’s why all collectors and owners of such shirts boast about having “non-commercial player issue shirts” 😀

Why are they producing non-commercial shirts?

Because they can and they want. And to excite me when I acquire next such a shirt to my collection to brag about and to show that I have something unusual which cannot be bought anywhere 😉

Those were the more important reasons. Well, maybe you could add flattering sponsored teams’ egos, that they play matches in something else than shirts hanging in sports shops and receive something unique. Now I think that’s… all?

Ok, ok, ok, I admit, there are other reasons for producing non-commercial football shirts. For example let’s look at the sizing. Adidas changed the standard sizing S-XXL into numbers. What does it mean exactly? Instead a size letter S in the collar and on the paper tag you will find the number 4. Seriously. Non-commercial shirts made by Adidas has numerical sizing, where: 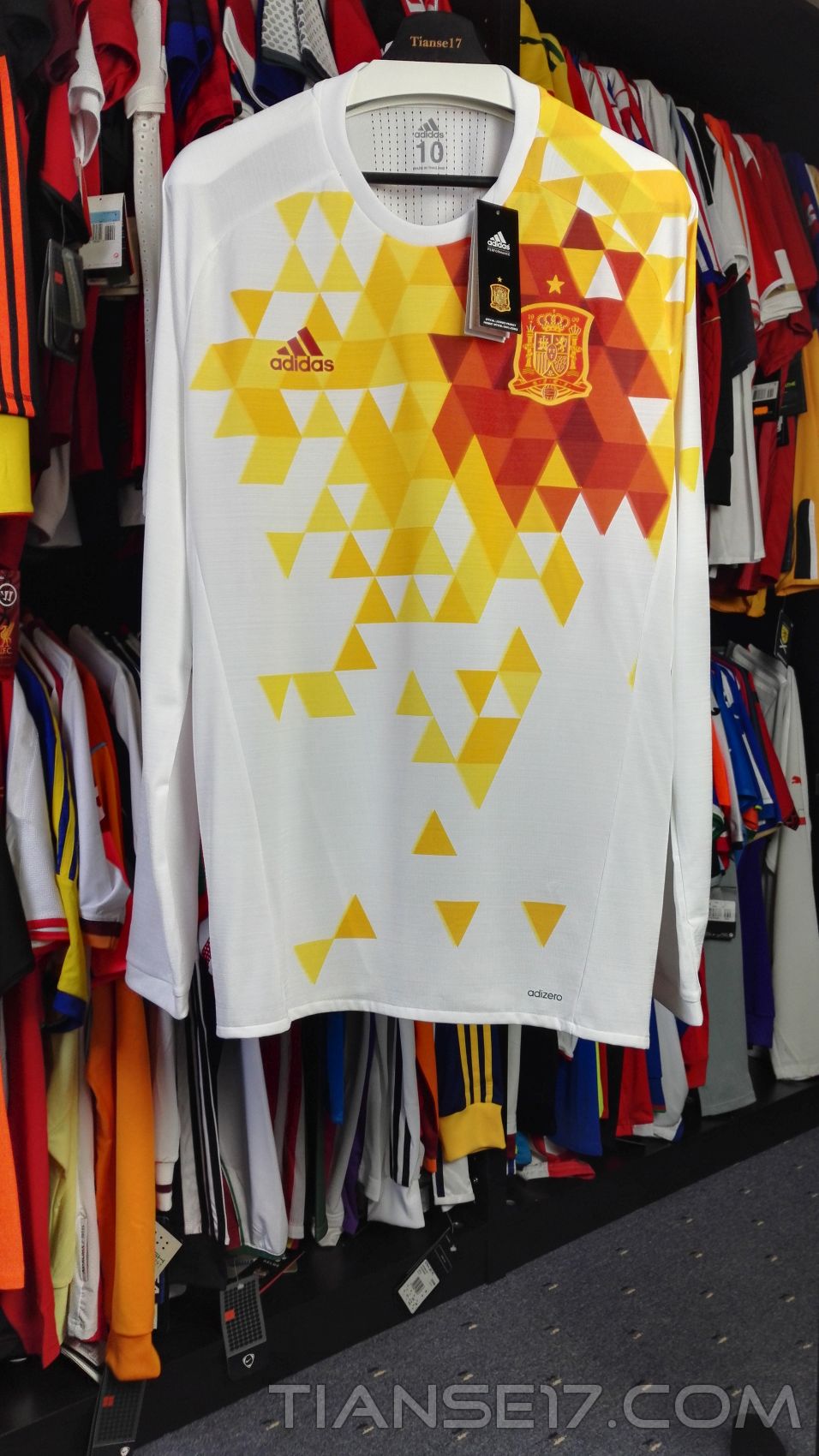 What is the advantage of that change? Instead of few standard sizes, players can choose from over a dozen various sizes to better match the shirt to their preferences. Cool? Sure is!

Not only alleviations like  better sizing are being used in non-commercial player issue shirts. I just mentioned Adidas, so how about Nike?

Have you ever worn one of Nike’s shirts? Have you noticed tons of paper labels inside the shirt? Maybe you were in a situation when these labels were irritating you while playing football? In non-commercial player issue shirt it wouldn’t irritate you, because Nike took care even about such small details. So what would one find instead these paper tags required by clothing law and bla bla bla? There must be something there! Well, non-commercial shirts have heat-transferred labels as like as the one in the collar containing information about shirt’s size. Why? More comfortable usage and zero chafes during matches. Can they work and have fun at the same time? They sure can. 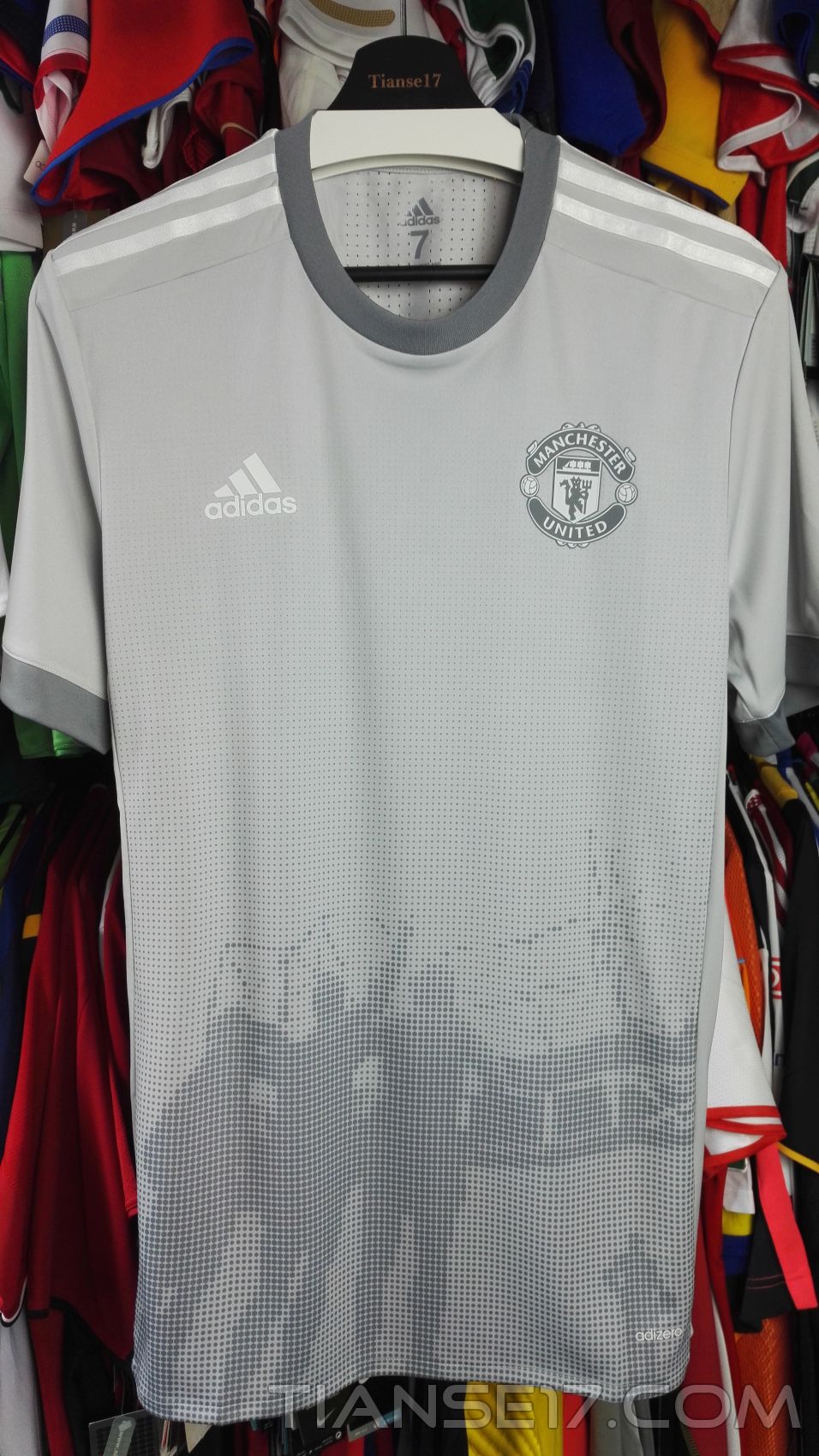 In the big trinity of shirts producers there is one more player – Puma. They can make such miracles things in non-commercial shirts that I don’t know where to start. Maybe with the fact they can produce few different non-commercial versions? One is every tight fitting, second is as big as an oversized pajamas and third is somewhere in between. Why? To give every footballer a choice in which type of shirt he wants to play. Now admit – when watching for example Arsenal matches when they were sponsored by Puma, how many times have you noticed that some footballers have somewhat oversized shirts and others tight so much that you could count all the hair on their chests? It’s worth mentioning that the non-commercial shirts made by Puma often have other material composition, for example a bigger addition of elastane.

Of course there are many other reasons for producing non-commercial player issue shirts, not just giving something phenomenal for players and teams. Have you ever wondered how it’s possible that your team played a match with a different main sponsor than usual? Teams also receive non-commercial shirts without main sponsor for that occasions. There is no sense in producing 30 shirts without main sponsor and transporting them through half the world for just one match. Kit man has some clear, unmarked shirts for his disposition and if needed he can apply whatever is required on such occasion.

I want to have this insane shirt! How can I get it?

Non-commercial shirts aren’t distributed like commercial shirts, that’s why they never appear in shops. Transport and distribution (in big simplification) takes place only between the producer and the sponsored team. Therefore there are three ways to acquire a non-commercial player issue shirt:

I’m collecting only intact and unspoiled history of football, so the third option isn’t for me. I am left with only the first two options and they are really hard to accomplish but… they aren’t impossible 😉 True, often it’s necessary to pay some middleman who has access to such shirts and that’s why these shirts are so expensive, but…

A non-commercial football shirt is the eighth wonder of the world! 😊

This will be agreed upon by each fan of football shirts. Owning non-commercial shirts is something special. As you can see, those shirts are unique at their core, not only because of the details between them and the commercial versions, but also thanks to their non-availability. Remember, a meal that requires a lot of work and ingredients, tastes two times better than an easy one 😉 As you know, the appetite grows with what it feeds on ;p

I have a feeling you might still have a few more question about non-commercial player issue shirts, hence my idea is to write the summary as a short FAQ: 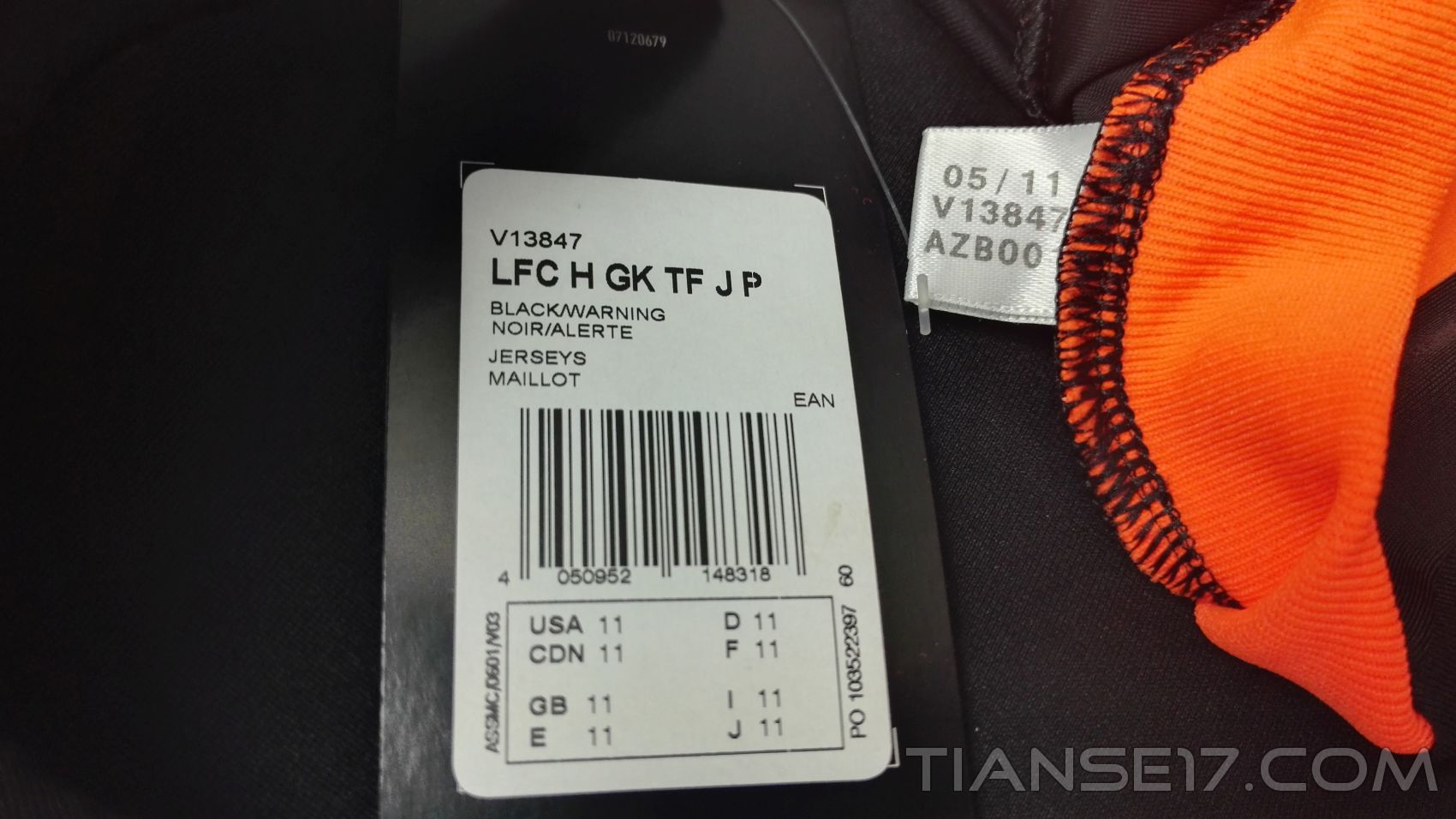 1. Are there only player issue non-commercial versions of shifts? What about replicas?

There are no non-commercial replicas, because there is no sense to produce them if replicas are made only to be sold 😊

2. Do all teams play in non-commercial player issue shirts?

3. How would you valuate this kind of shirt? 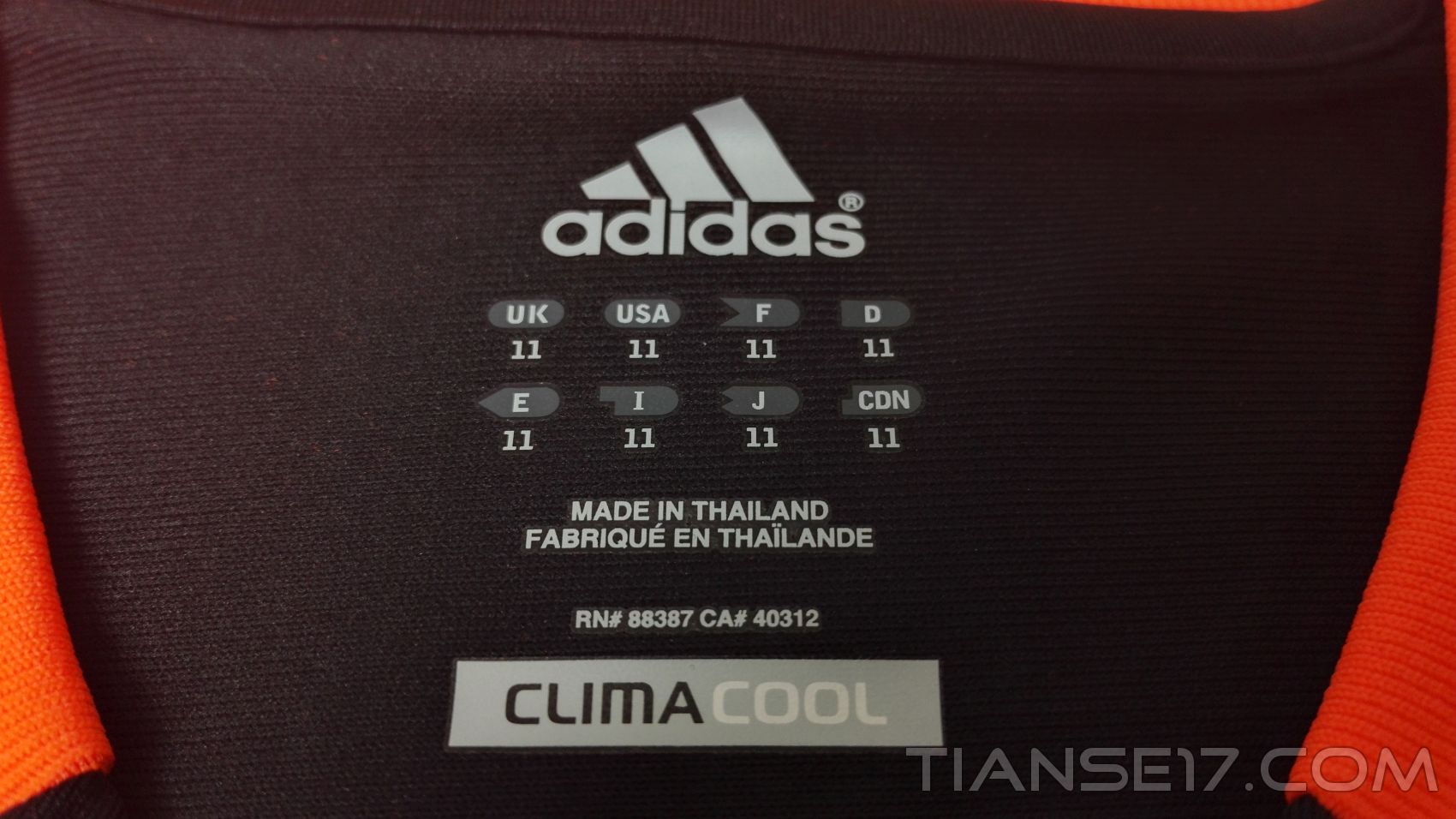 In the previous article I wrote about catalogue prices of all types of shirts. Commercial player issue shirts have the price between 130-150€. In case of non-commercial shirts the market established prices are between 180-230€.

Remember, that’s the “catalogue price” of a never officially catalogued non-commercial product 😉 The rarer and older the shirt, the higher the price will be. I know about situations where brand new shirts with tags were sold for 500-600€.

4. Is this type of shirt worth to pay more for if I have a chance to buy it?

Is it better to spend your money on a sausage, a car or a home? You know yourself, your needs and finances. If you really want to have something unique in your collection or wear a shirt that was produced only for the world’s biggest stars, don’t think twice. Just buy it! 😊 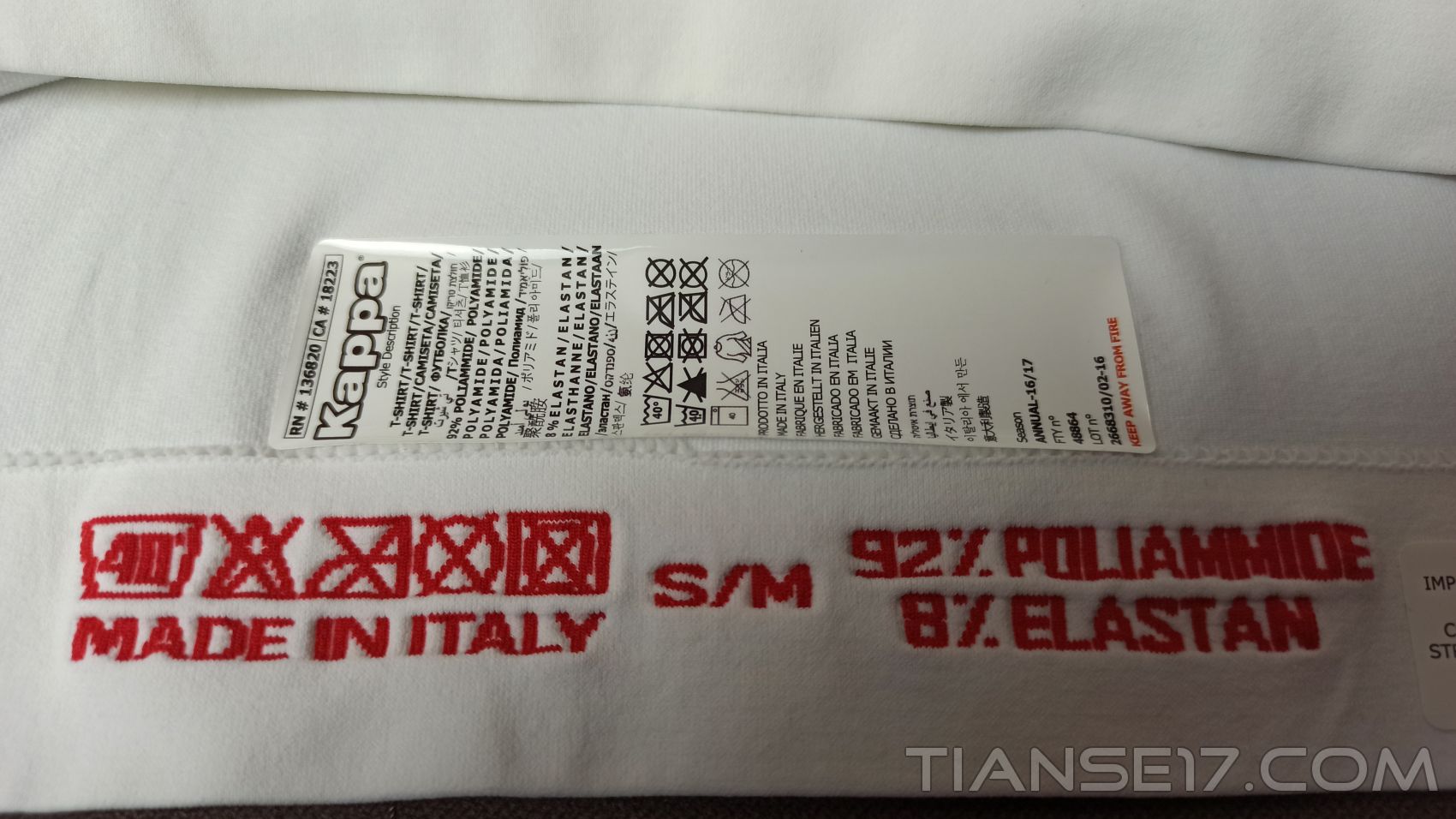 5. Does every non-commercial shirt differ the commercial one?

In majority of cases there are some differences, even just a small detail that makes the shirt special. But there also are cases when commercial and non-commercial shirts are identical, have the same performance, but one is commercial and the second is non-commercial. Sometimes the difference is the lack of main sponsor’s logo (these cases are most common with smaller teams).

I’m not able to give you an unambiguous answer to this question, because there are many, many shirt producers and every one of them can craft whatever he wants for his sponsored teams in every… one season. As you can see, there are thousands of possibilities 😊