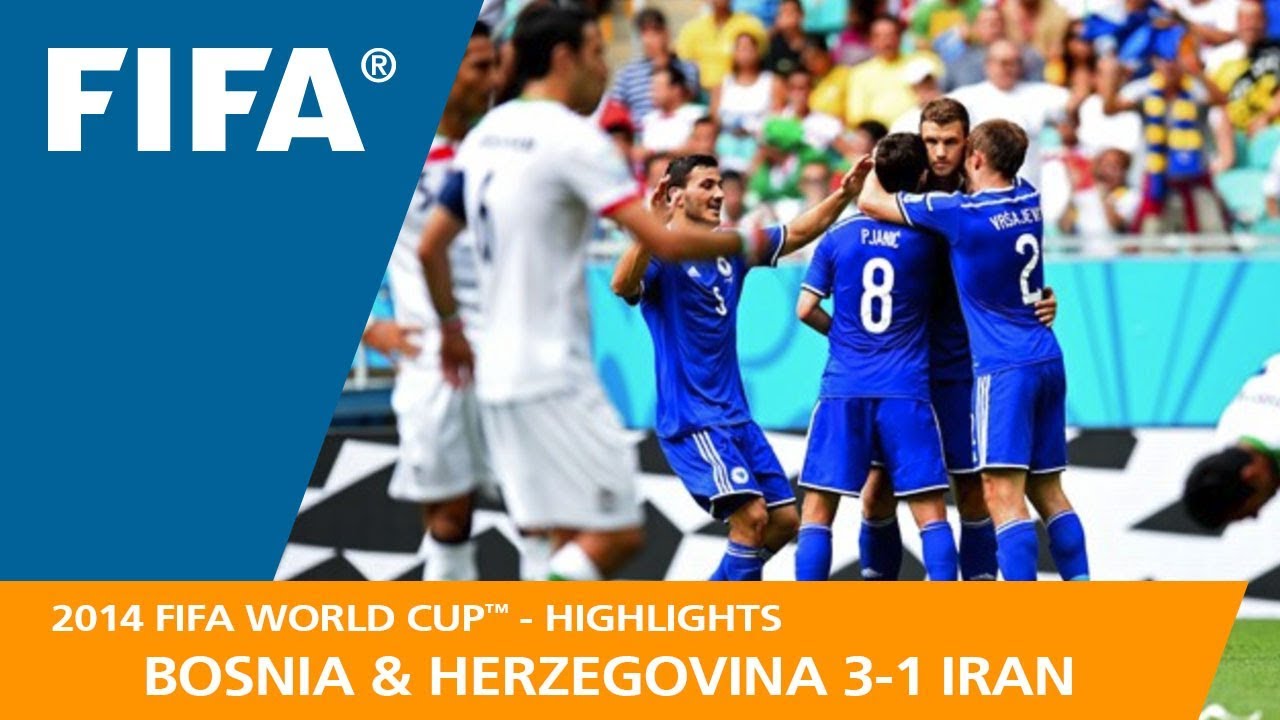 Bosnia and Herzegovina national football team in 2014 participated in an international tournament for the very first time. This took place during World Cup championship in Brazil. They have never before qualified for the World Cup or the European Football Championship as an independent country. Debut in an important tournament was an incredible event in this country, but it wasn’t the main reason why the whole football world was speaking about Bosnia and Herzegovina for several days before the beginning of the biggest football event in the world.

The reason was the change of the main kit sponsor. It had happened several days before the opening match, in which on 12th June the host team Brazil played against Croatia. The new sponsorship deal was signed on 1st June by Bosnia and Herzegovina. Everything that happened  there was very hectic.

I will try to tell you the story from the beginning to keep the chronology of events. It started on 31st May 2014. The main kit sponsor of Bosnia and Herzegovina team for about 10 years had been an Italian brand Legea. On that day “The Golden Lilies” played the first of the two friendly matches before their debut in the World Cup. The match against Ivory Coast was played on neutral territory – in the USA, where both of the teams were preparing for the tournament. Edin Dżeko scored twice and the only reply was Didier Drogba’s goal in the added time. It was in those circumstances that the national football team of Bosnia and Herzegovina abandoned their Legea kits without any prior warning.

On the next day, 1st June, the football federation of Bosnia and Herzegovina announced the change of the main kit sponsor. It was the end of cooperation with the Italian brand Legea and the match against Ivory Coast was the last fixture in which footballers had worn shirts from this manufacturer. The new sponsor was one of the biggest football brands – Adidas. The change was really sudden and unexpected. Amongst all the information that I was able to find in this topic, there isn’t any which could lead to conclusion that this deal was planned earlier. This was confirmed by the subsequent events.

It seems that Bosnia and Hercegovina after a very short negotiations suddenly decided to change the main sponsor from Legea to Adidas. But… there was less than two weeks to the beginning of the World Cup. If it wasn’t enough, Bosnia and Hercegovina had to play a match in two days – it was 3rd June of local time in the USA (in Europe it was the night between 3rd and 4th June). Additionally there were problems with FIFA, because all kits being used during big tournaments always must be reported to and confirmed by the organizers of said events. Since there weren’t any previous negotiations with Adidas, then the company didn’t even have any prototypes. This situation looked bizarre, because it generated plenty of problems. 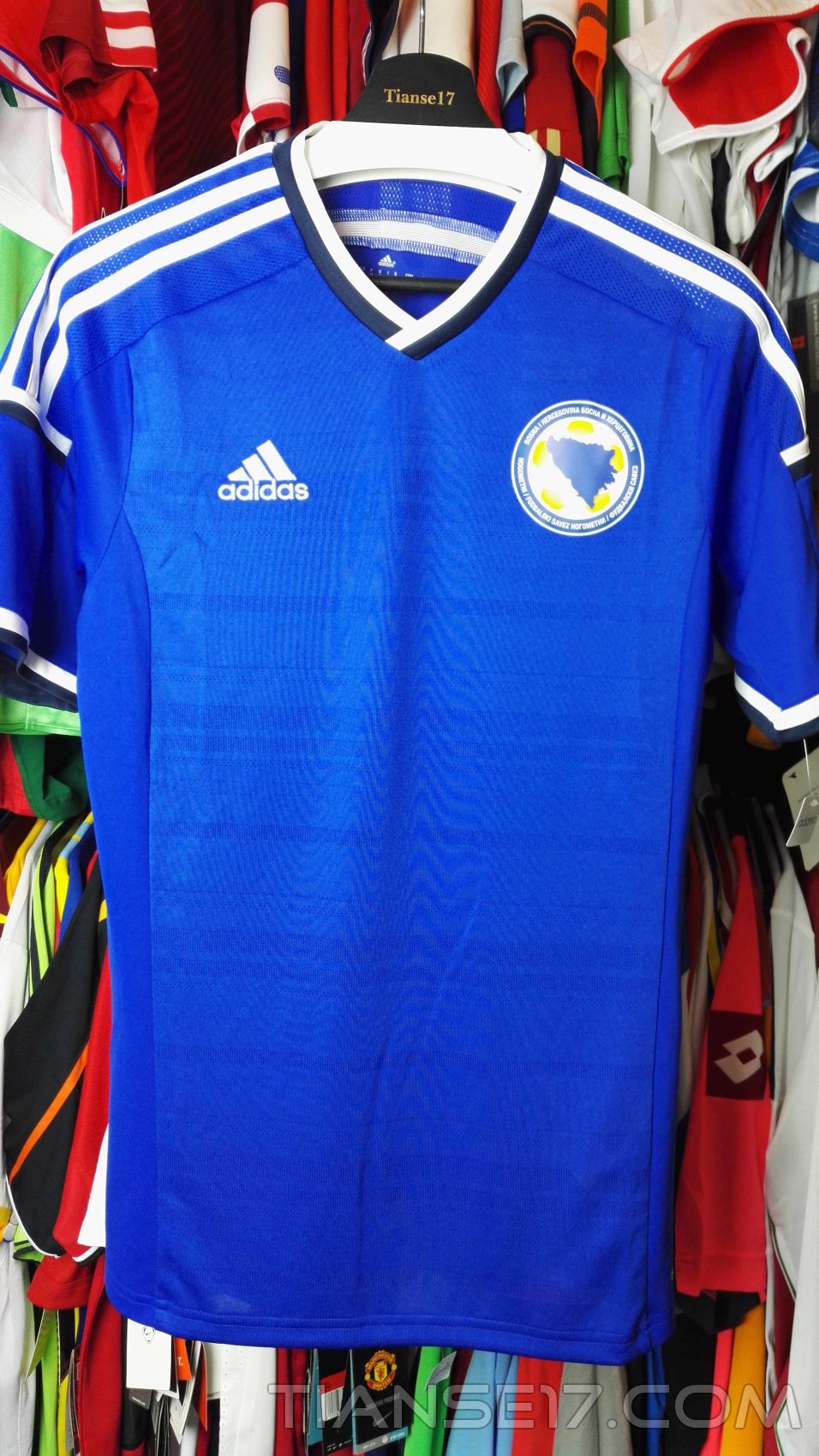 Adidas had to give his best and produce the kits in just two days. Remember, all equipment had to meet FIFA requirements to be allowed to participate in the tournament. All that in just two days? Yes, because there two days left to the match against Mexico. There wasn’t time to prepare prototypes and start the production of shirts. Before kits would complete all stages of verification and enter production phase, it was more likely the World Cup would have ended. So how did Adidas manage to deal with the problem?

Very cleverly. The German producer used the already existing templates of football shirts. The home shirt of Bosnia and Hercegovina that I have in my collection is a Condivo 14 shirt. In this case the template they used has been made in Adizero technology, which was used to produce player issue shirts. To make the away shirt another template was used, but this time in Climacool technology, which was usually used in replicas. Only these two versions were introduced by Adidas. That is why the home shirt was available only in player issue version and away shirt in replica version. It’s quite an uncommon situation, isn’t it?

The preparation of shirts was limited by Adidas to heat-pressing Bosnia and Hercegovina crest. Of course, when shirts were personalized they turned from Condivo 14 with catalogue number F94647 into a different shirt – the Bosnia and Herzegovina shirt marked B09514. 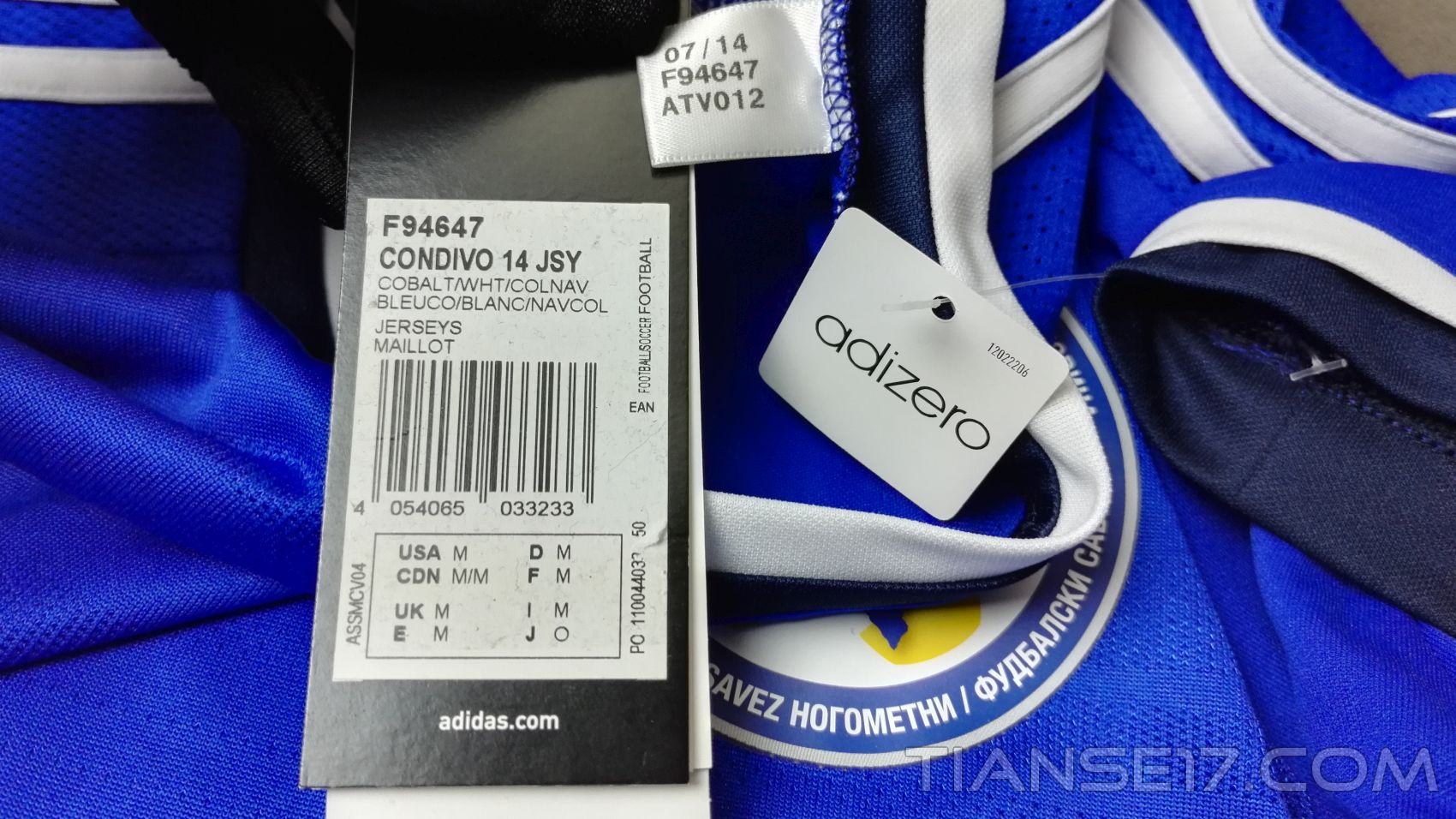 This is a fact that clearly shows there wasn’t enough time to prepare the shirts earlier, thus… there also weren’t any negotiations between the producer and the federation. Bosnia and Hercegovina crest was heat-pressed on the existing Condivo 14 template. Each time any producer makes shirts based on a template, those shirts leave the factory with their own unique catalogue number on labels. If such situation had appeared in case of Bosnia and Hercegovina shirts, they would have had B09514 mark on labels, but this catalogue number was present only in one place – on stickers placed on paper tags attached to the shirts. Even more, that sticker was located on… another sticker, the one informing the shirt’s model is Condivo 14, catalogue number F94647. The final conclusion is made after examination of the label in the collar, which confirms the fact the shirts weren’t produced for the World Cup debutant, but as a Condivo 14, because on that label the number is F94647.

Finally Bosnia and Hercegovina played in the new shirts from Adidas against Mexico and then debuted in the World Cup in Brazil. As a football shirt collector I was very curious about the history of this shirts. I have searched a lot of information sources and this article is the unification of all in my opinion trustworthy information pieces that I was able to acquire. 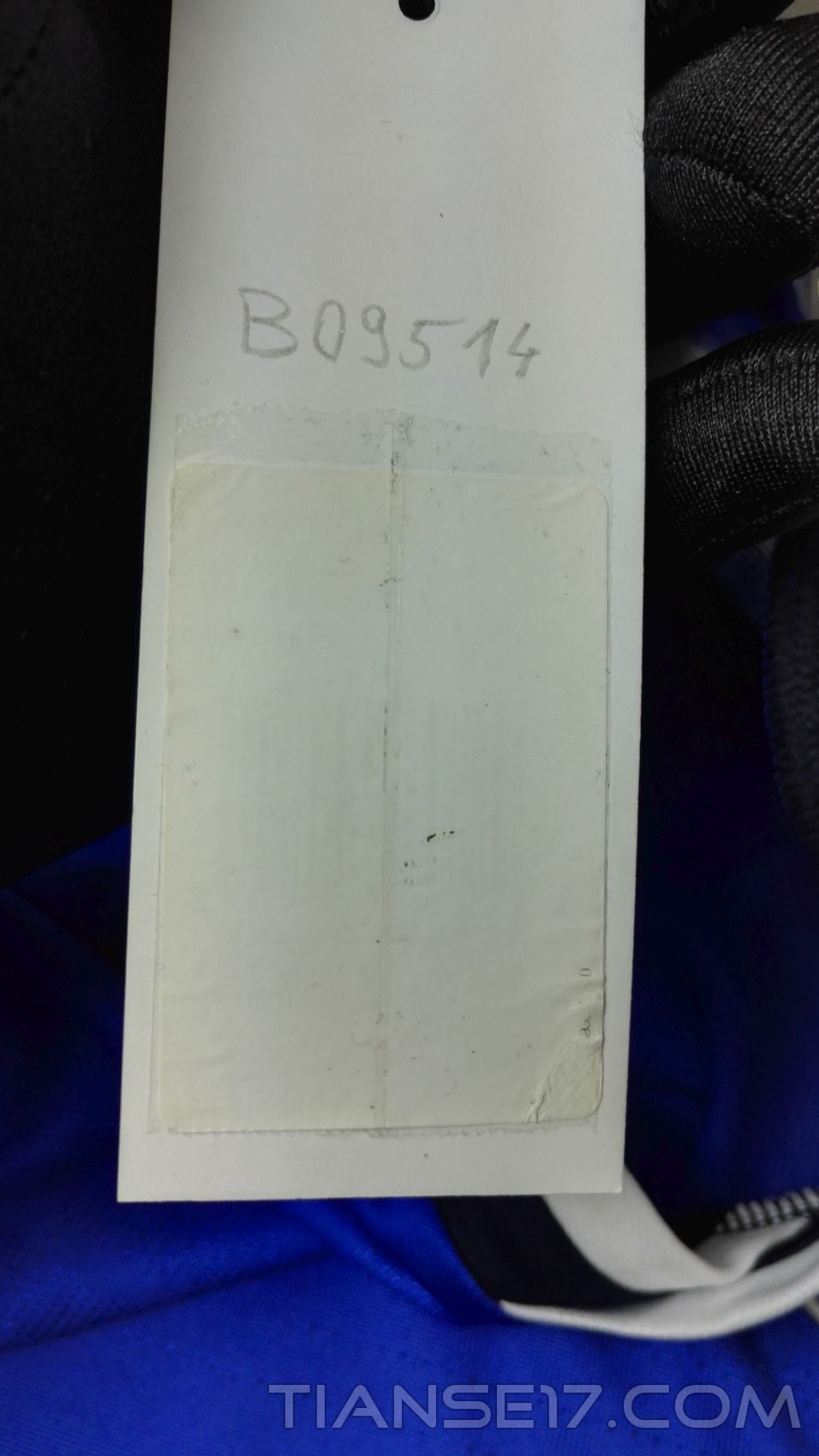 Of course, my ‘shirts curiosity’ also pushed me to peel off the sticker with B09514 catalogue number when I saw F94647 mark in the collar. My first thought? It’s a fake! Second thought – it can’t be a fake, from the official shop? Third thought? This shirt has to hold secrets! 🙂

I decided to keep the peeled-off sticker with catalogue number B09514 in order to save both stickers. I placed them on the other side of the paper tag and then I thought to preserve it with adhesive tape. Since I’ve already interfered with its structure I thought that would be a good step to protect it from fading. And shortly after putting on the adhesive tape the catalogue number faded out! Good job, me! 😀

You can see the shirt in the following link: